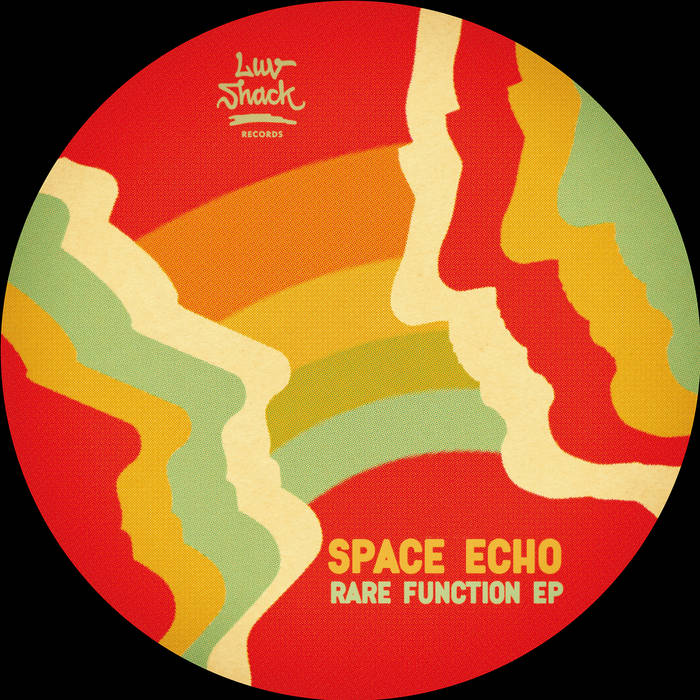 The return of time travelling disco afficionados Space Echo is immanent, and their 3rd contribution to the Luv Shack catalogue is a very special one indeed. The three tracks on the 'Rare Function EP' are boasting with dusty 70s blues magic!

The first track 'Go Down' is somewhat more akin to earlier Space Echo tracks, with a disco loop that steadily builds in the background, funky house drumming and a big beefy bassline. However the gospel vocals and the evolving synth strings in the second break take ' Go Down' to another level of dancefloor goodness.

'Rare Function' sees Space Echo take a moody excursion into southern funk. With an insanely addictive rhodes hook, shimmering strings and a soothing vocal line that hits right in the guts, this piece is well suited to liven up any house set.

The final track is called 'Rainbow Power' and its probably the most uncanny Space Echo track to date. Its a full on party rendition of a lesser known early 70s funk piece that just blasts off after being introduced to a fat acid line!

The EP is a testament to the musical development of the Space Echo project and we're excited to hear what the future holds.