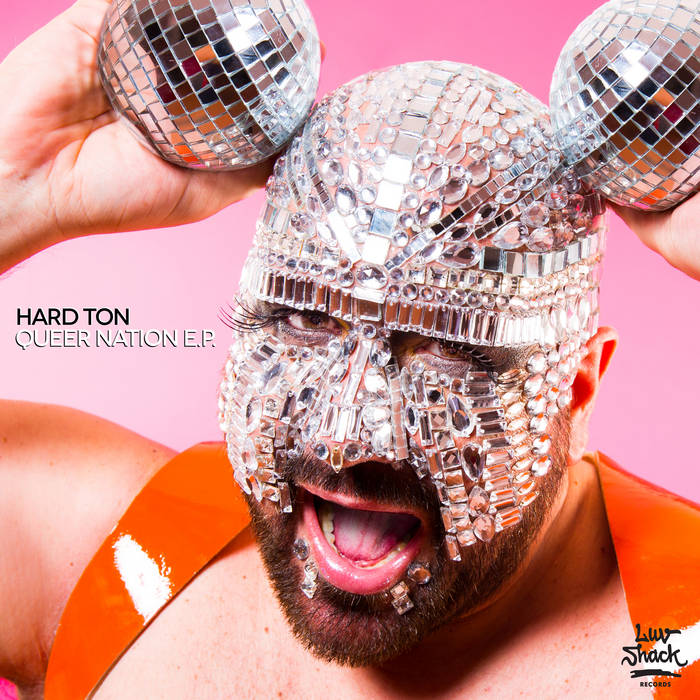 Hard Ton, Italy's extravagant duo of all things house music are back on Luv Shack Records, unleashing six steaming hot tracks on the "Queer Nation EP" - a precursor to the first full Hard Ton album that is due for 2017.

"Queer Nation" has singer Max swapping his falsetto with a dark mangled voice, paying tribute to some essential queer icons over a dry acid house track that rejoices in repetition, and rightly so.

When Hard Ton pair up with ROTCIV, "Style Ga-Galore" awaits us. The cut up hushed vocals are thrown into a lush melange of filtered pad shots, a 303 bassline and a percussive house groove.

The final track is a LeSale disco dub of "The Way You Rock feat. Mirror People". LeSale strips the original drums completely, rearranging the vox, piano and synths to fit his disco workout edit style, adding a cheeky synth bassline to complete the boogie redress.

As a digital bonus there is a Luke Solomon acapella version of "Queer Nation" for your djing pleasure.